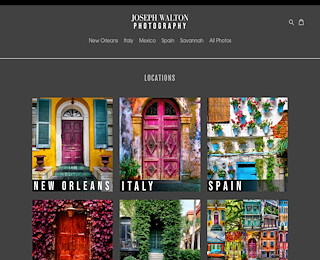 Art is a huge part of cultures around the world, especially when it comes to the culture of New Orleans, Louisiana. The historic city blends the old and the modern, creating a hotspot of inspiration for the artists that call it home. While art can be found all over New Orleans, the French Quarter is the neighborhood considered to be the city’s ‘art capital.’ From street art and architecture to painting and photos found in galleries, there is something for everyone to enjoy. Joseph Walton Photography displays photos of the beautiful city and the French Quarter artist James Michalopoulos creates oil paintings that capture the culture of the city. However, they are just the tip of the iceberg when it comes to the talent found in the French Quarter.

Who Are The Best French Quarter Artists?

While the French Quarter is home to numerous talented artists, there are those who create art as their living. They have been able to turn it into a job that supports their endeavors, and several of them are well-known among the native residents of New Orleans.

James Michalopoulos did not grow up in New Orleans, instead moving to the city from his home in the Northeast, but today he is one of the most well-known artists in the city. He started out creating street art in the French Quarter as a way to develop his skill and style. Today he is known for his surreal oil paintings that offer people a look at the way of life in New Orleans.

Brandan Odums is more than an artist, he is also an activist and a filmmaker. His goal with his craft is to inspire change, especially among impoverished black communities, and residents of New Orleans can see that in all his street art and murals that decorate the city. In 2013, he created ProjectBe after Hurricane Katrina, and his ExhibitBE brought in around thirty thousand visitors when it was displayed on the West Bank.

Layla Messkoub didn’t grow up in New Orleans, but she visited the city as a volunteer to help with relief efforts after Hurricane Katrina. After she was done with volunteering, she decided to stay in the city permanently. She started off creating woodworking designs that she was able to sell at local markets and festivals. That sparked her career as a multi-media artist who specializes in depictions of nature.

Mary Logan Rooney is an artist who loves to incorporate her adventurous and curious side into her art, but she is also an educator. She was once part of the faculty at Young Audiences Charter School, and she continues to help the younger generation find their own love for art.

Where Can I Buy French Quarter Art?

French Quarter art can be purchased all throughout the neighborhood at various galleries, street markets, and storefronts. However, those who want to enjoy a piece of French Quarter art in their home don’t have to venture all the way to New Orleans. Many storefronts, such as Joseph Walton Photography, also have online galleries where people around the world can make purchases.

Sorry, the comment form is closed at this time.